The repot shows the online toy business is better at this period, consumers need more interesting toys to spend the time at home. Anyway, we hope the COVID-19 will be finished soon! Please stay safe and keep confidence.  Please contact us if we can do anything for you, Tigersniff teams will do our best to help customers, it is great honor.

How to protect yourself and others from coronavirus | 20200314

Keep your hands in good condition, moisturise them often. Any basic product that is not perfumed or coloured is OK.

Do not wear gloves instead of washing your hands. The virus gets on them in the same way it gets on your hands. Also, your hands can get contaminated when you take them off.

Wish all our partners and customers are safe! If our team can do anything for you, please feel free to contact us!

As a professional and responsible company, Tigersniff doesn’t just provide toys and hobbies, it is also our responsibility to protect customer health and safety. Our company will do our best to support partners and customers!  If you need any helps, please don’t hesitate to contact us.

A few hot and new building blocks toys for reference. 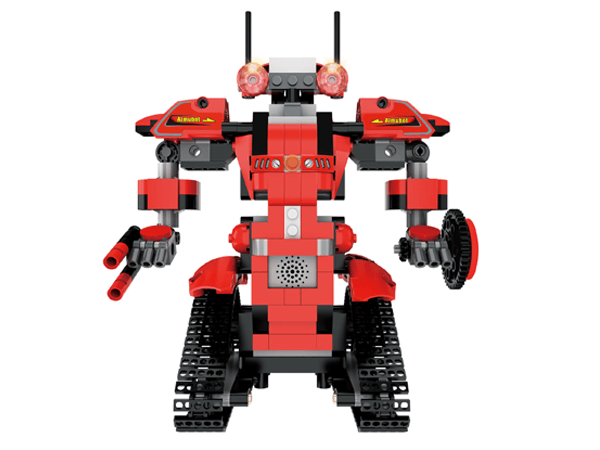 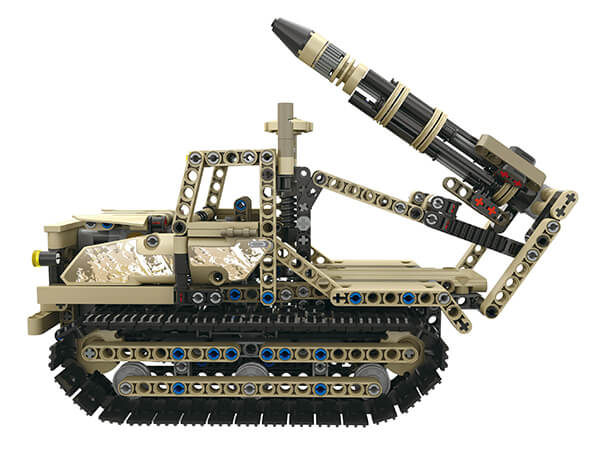 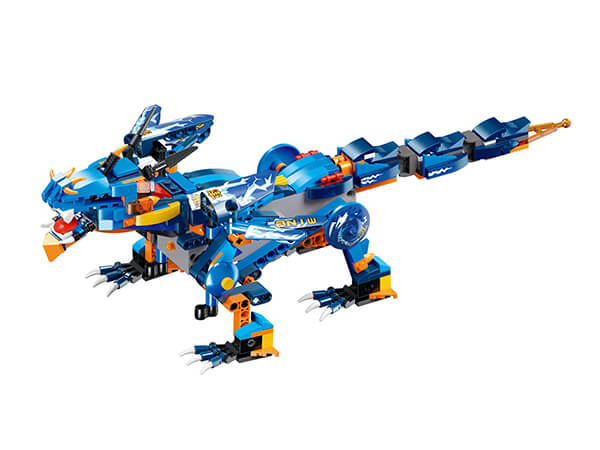 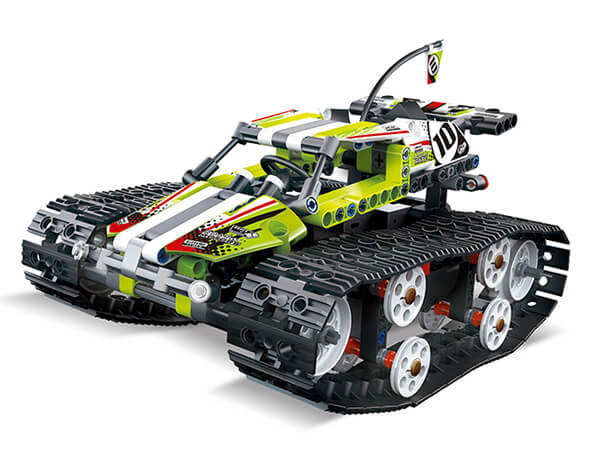 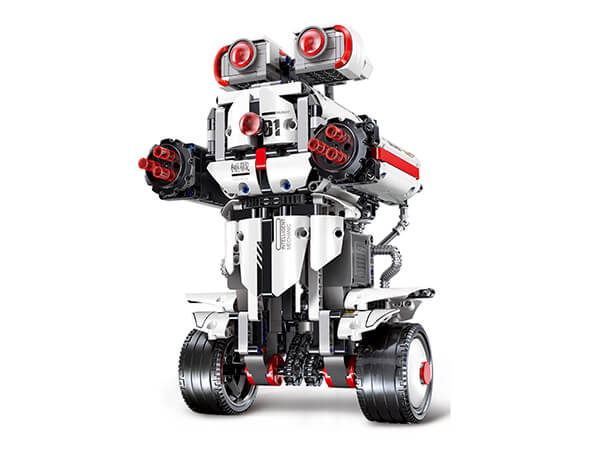 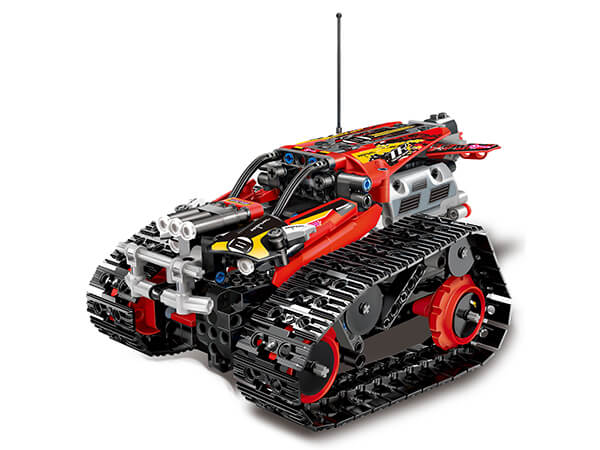 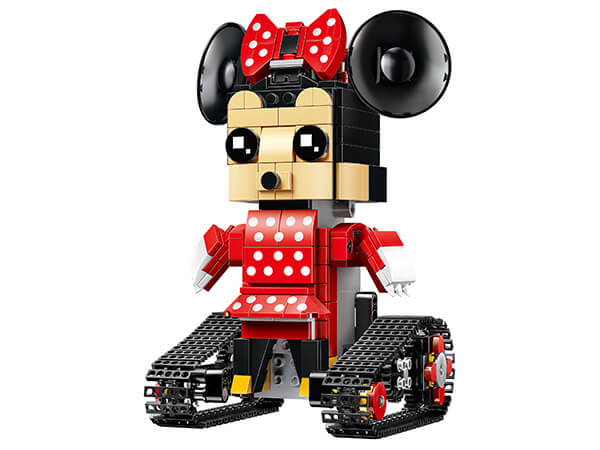 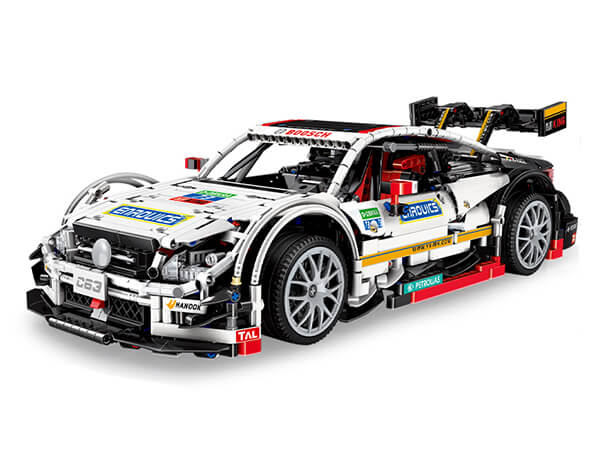 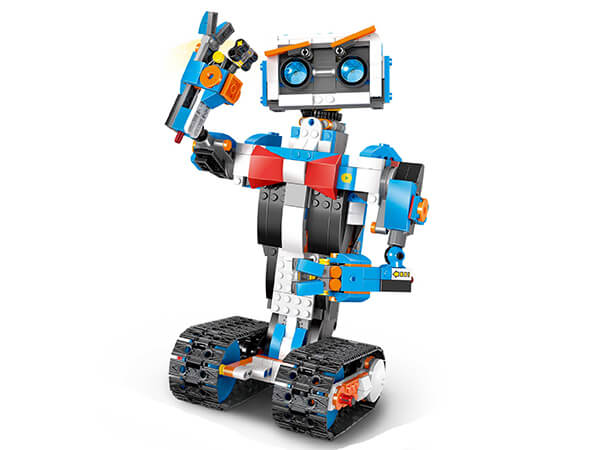 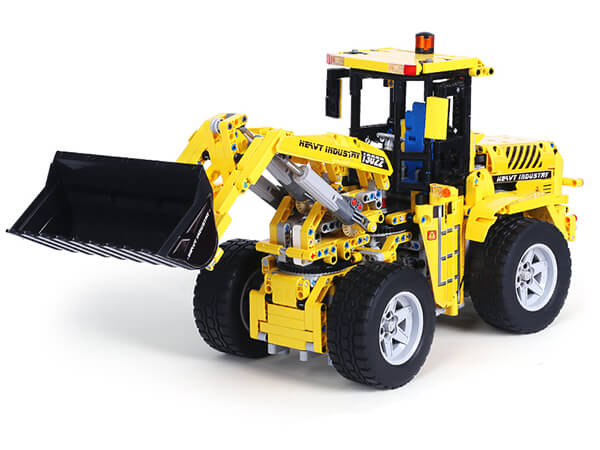 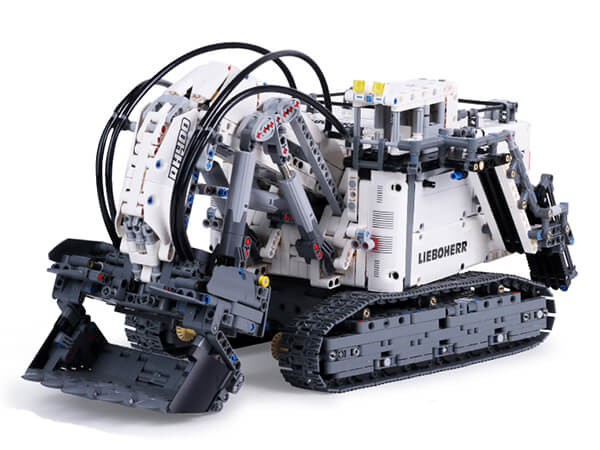 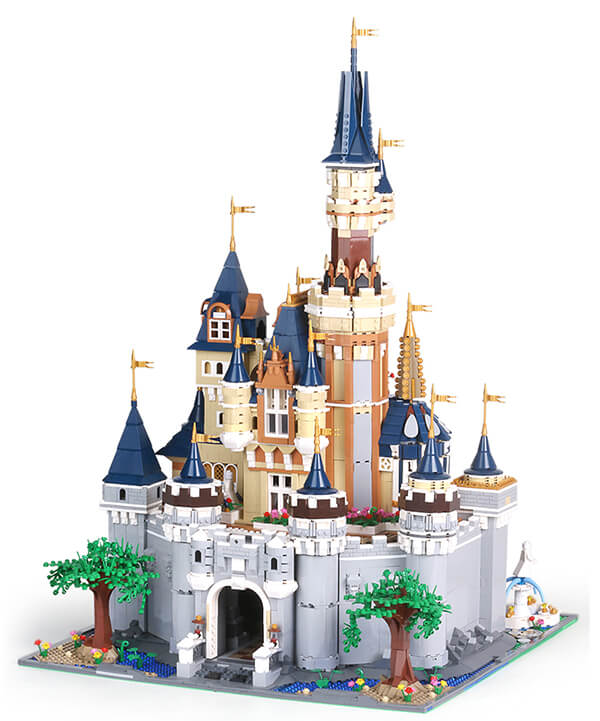 Factory closures in China, where 85% of toys are made, threaten to choke supply of popular items 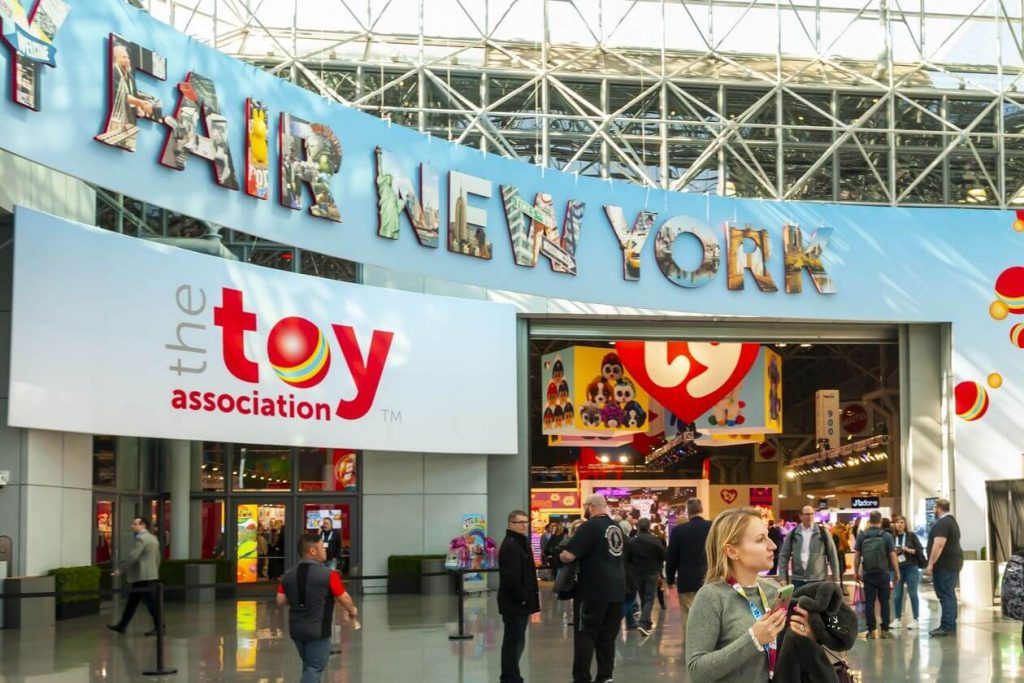 Some toy factories in China, where around 85% of the world’s toys are made, remain closed and others are operating at a fraction of capacity, either because of worker shortages or difficulties securing raw materials and molds to make their products, industry executives and analysts said.

Inside factories that are operating, companies are installing dividers between workspaces and taking other precautions against the spread of the disease, which has led to more than 2,700 deaths world-wide and raised the prospect of a global pandemic.

The disruption is threatening the carefully orchestrated schedule of manufacturing and shipments that delivers Barbie dolls and Nerf blasters to shelves. Some large retailers are searching for alternative products to fill holes in their inventories and considering delaying setting their shelves for the holiday season by a month. 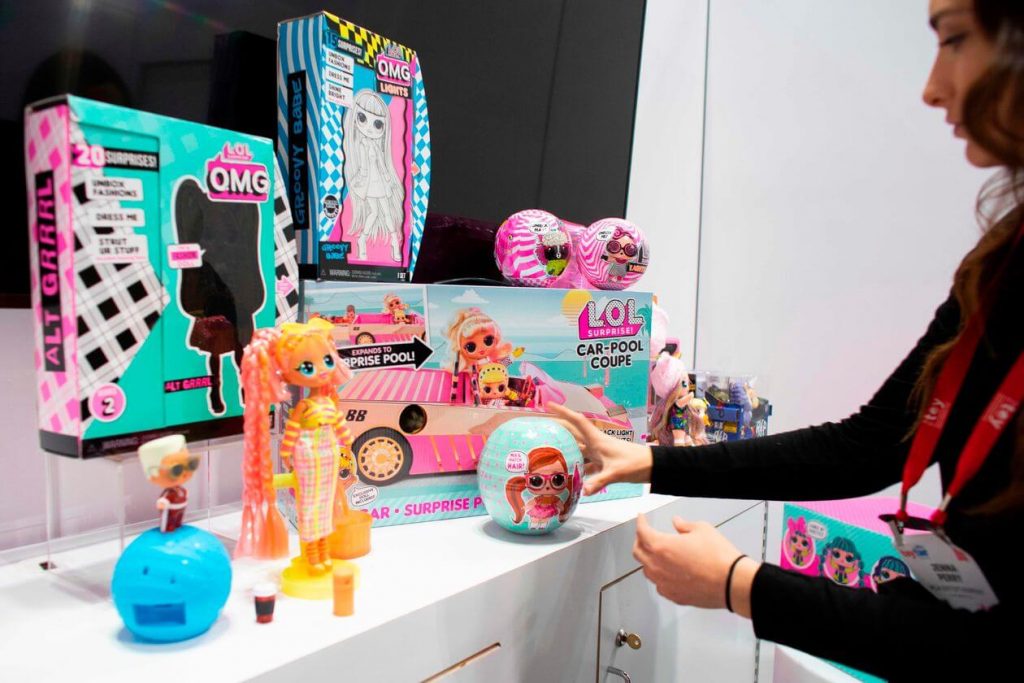 It’s the latest challenge for a toy industry that in recent years has faced the threat of tariffs and bankruptcies of key retailers including Toys ‘R’ Us. Toy sales declined 4% in the U.S. last year, according to research firm NPD Group Inc.

“This is going to put some companies out of business if it goes on too long,” said Steve Pasierb, president and chief executive of the Toy Association Inc., a trade group.

He said that many toy companies have convened war rooms with daily calls to their Chinese manufacturers for status updates. Some have said they might see their expected output fall by around 25% in the second quarter of the year.

Jay Foreman, chief executive of toy company Basic Fun Inc. in Boca Raton, Fla., said that full production might not ramp up until April, and if the outbreak stretches much further, the holiday season could face trouble. “It will start to put strain on the supply chain for the second half of the year,” he said.

At Toy Fair New York this week, the impact of coronavirus cast a long shadow at an event where hundreds of companies convened to showcase everything from Baby Shark to Baby Yoda toys. Large companies like Hasbro Inc., HAS 3.19% Mattel Inc. MAT 7.81% and Lego A/S are trying to minimize the effect of delayed factory openings. They have said they expect some impact to sales and supplies at the beginning of the year that could worsen if the outbreak drags on.

Anna Mowbray, co-founder Zuru Ltd., which makes X-Shot blasters and Bunch O Balloons water balloons, said its factories have reopened in phases over the past few weeks. Zuru installed dividers between workspaces, added extra sanitation stations and implemented other precautionary measures. But the company is thinly staffed due to restrictions on China travel and is operating at just 20% of capacity right now, Ms. Mowbray said.

Zuru, which is based in Shenzhen, has had to scrap a new product launch for the year and is likely out tens of millions of dollars in revenue, Ms. Mowbray said. It is also asking retailers to be flexible with how much product they initially ship.

“There’s definitely going to be holes on shelves,” she said. “There’s a hole for us in revenue because of it, and I think there’s going to be less freshness.”

Hog Wild Toys LLC has reopened its factory in Guangdong, but it is also running at only about 15% of capacity, said Joshua Loerzel, the company’s vice president of sales and marketing. But upstream in the supply chain, it is unable to get tooling equipment needed to make some new products as those producers are facing the same labor shortage.

That means shipments of products like Tower Tennis, an outdoor paddle game, likely won’t arrive at retailers as expected in April. Instead, Hog Wild will provide retailers some outdoor products that it imported late last year as it ramped up distribution to mass retailers.

“Luckily, we had these products so I pivoted the buyers to the stuff we have,” Mr. Loerzel said.

He said some large retailers have sent emails asking for extra outdoor toys to fill shelves for the spring and summer.

Some larger companies have worked to reduce their dependence on Chinese factories in recent years, with trade disputes recently creating the need for a more diversified base. Hasbro said it gets about two-thirds of its products from China and aims to reduce that to around 50% over the next few years. Mattel makes less than two-thirds of its products in China and most of its two largest brands, Barbie dolls and Hot Wheels cars, are made elsewhere.

Even if the factories start churning out toys faster soon, another challenge will be getting them out of China, as toys will have to compete with iPhones and other consumer products for transportation.

“If you think about all the consumer products and the floodgates open up, where do toys fit into that?” the Toy Association’s Mr. Pasierb said. “Even if they’re producing, there’s no belly of a jetliner to get onto right now.”

Tigersniff teams will do our best to make sure the orders delivery time, we will provide our biggest supports to customers to win the Coronavirus.

A few steps below: 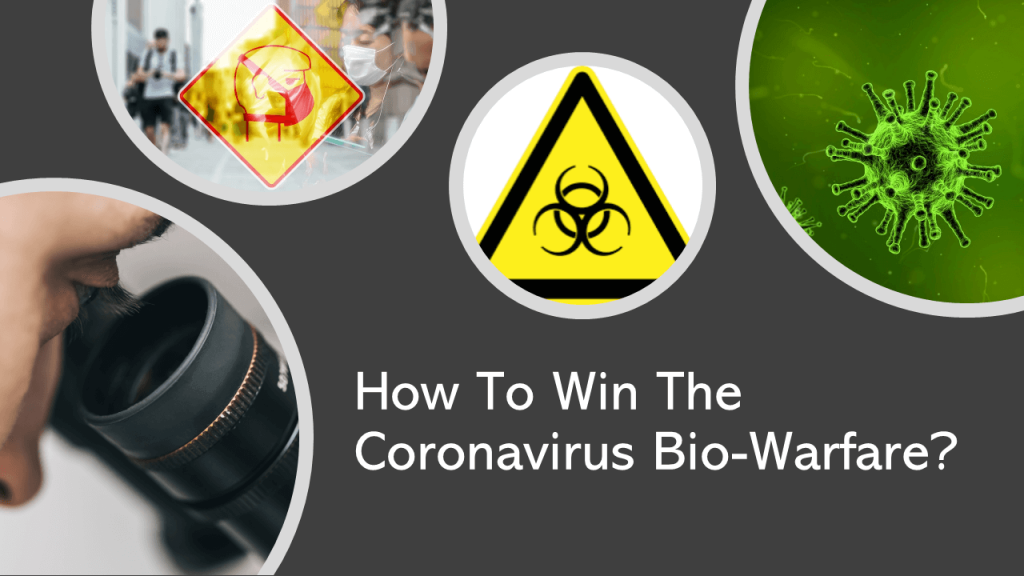 Trust we can win finally. Tigersniff teams will do our best to finish customers’ orders with high quality. If we can do anything for you, please don’t hesitate to contact us.

The list will change every year, many new brands are fast developping, such as MGA, ZURU, etc. The kids will have more and more choices in the future, just enjoy the toys fun!

The Spielwarenmesse’s international trend committee has identified three strong trends for 2020 ahead of the Nuremberg Toy Fair.

The Spielwarenmesse’s trend committee is composed of toy experts from the U.S., Europe and China (including Steven Ekstract, brand director, global licensing group, Informa. Products from all three categories will be showcased at the Trend Gallery of Hall 3A at the 71st Spielwarenmesse International Toy Fair, held in Nuremberg, Germany from Jan. 29 through Feb. 2. Categories being highlighted include:

The Spielwarenmesse’s international trend committee has identified three strong trends for 2020 ahead of the Nuremberg Toy Fair.

The Spielwarenmesse’s trend committee is composed of toy experts from the U.S., Europe and China (including Steven Ekstract, brand director, global licensing group, Informa. Products from all three categories will be showcased at the Trend Gallery of Hall 3A at the 71st Spielwarenmesse International Toy Fair, held in Nuremberg, Germany from Jan. 29 through Feb. 2. Categories being highlighted include:

Toys for Future – Sustainability in Play
Products that fall within this trend have a firm focus on climate protection and sustainability. They not only promote environmentally friendly behavior and raise awareness through play but also comprise toys with sustainable aspects such as ecological materials, or articles that have been upcycled or recycled.

Be You! – Games for All
Play connects everyone irrespective of origin, religion or appearance. This is the fundamental principle of this trend, which brings together two objectives: to help people with special needs and to promote tolerance, inclusion and diversity. People with disabilities or diseases, such as dementia or Parkinson’s, have very different tactile requirements when it comes to toys and games. Products within this theme stimulate their minds and motor skills while creating shared experiences.

Will you attend any of the fairs? We are going to attend some of the fairs with out latest toys and hobbies, wish to see you soon. Tigersniff, one of best toy suppliers.

Many customers are looking for a best mini drone for promotion, this drone has not special features, just the amazing price. ​ 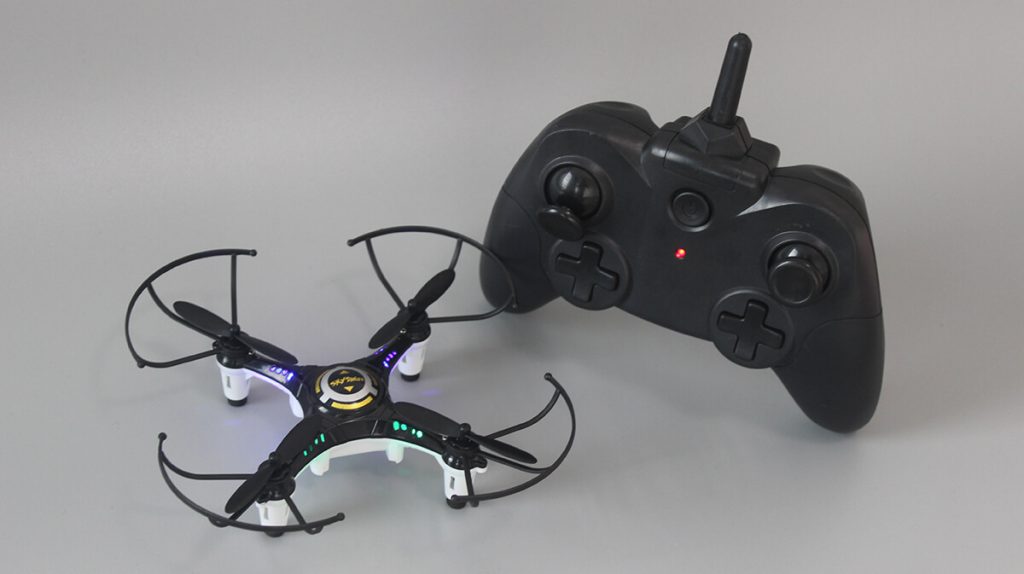 Tested many drones, and it is one of the best vallue middle drones, super stable flight with Wifi camera option, very attractive cost and high quality, it is best option in all middle drones. 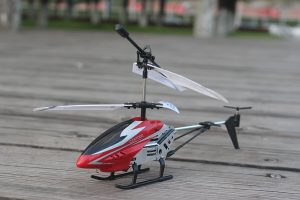 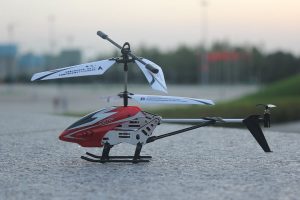 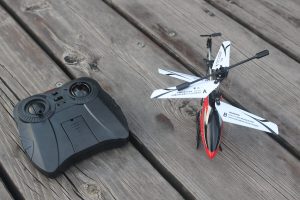 Chenghai, Shantou where is the biggest toys production base in China | 20190715

Chenghai, the jurisdiction of Shantou City, Guangdong Province, currently has more than 5000 toy enterprises in Chenghai District, with more than 4800 registered trademarks. In 2014, four toy enterprises were listed, occupying four seats in five toy listed companies in China. It is one of the most important toy production bases in the world.

We are in Chenghai, Shantou, welcome to visit Shantou, let’s show the most interesting and hot selling toys for you!